Is it morally justifiable to ban teenagers who do poorly in their GCSEs from going to university? Judging by the response to the government’s proposal to do just that, absolutely not. The backlash from reports on Wednesday February 23 that pupils who do not achieve a Year 4 (equivalent to a C) in English and GCSE maths will not be eligible for government-backed student loans has been swift and severe. Social mobility experts have accused the government of “penalizing” and “condemning” students from more disadvantaged backgrounds, who are more likely to struggle to meet minimum entry requirements.

Around 30% of GCSE candidates fail English and maths, accounting for almost half of those from disadvantaged households. Under the proposal, these students would be effectively banned from studying anything – music, graphic design, nursing – unless they were able to fund their studies themselves. This seems heartbreakingly unfair, not to mention a direct contradiction to the government’s “race to the top” agenda, which promised to help those left behind, not punish them. I’m not going to defend him. I think, however, that those who are exasperated by the prospect of limiting university places should take a closer look at the system as a whole – a system that involves hundreds of thousands of young people who take on loans they will never repay. , for courses they better not.

The way higher education in the UK is organized actively encourages universities to make the most of their students. Given that tuition fees are capped at £9,250 per year for home-studyers and almost all courses charge the maximum amount regardless of the cost of the degree or the earning potential it offers, the average The easiest way for higher education institutions to make money (other than trying to attract as many international students as possible) is to offer the cheapest courses to the most students.

[See also: Why women should pay half for university (and economists should pay double)]

Not all do, of course. And I’m not about to name any names or speculate on any college boss’s intentions (regardless of how much some of them earn). But in a time when budgets are tight and academia is in crisis, the common sense strategy is to pile them (i.e. students) high, sell them cheap – or rather to sell them cheap courses to offer (humanities and arts subjects that can be taught to large numbers by a single poorly paid lecturer) but can be priced the same as expensive degrees like engineering or medicine.

There is no refund option for graduates whose degrees do not open the doors they expected when they left school wide-eyed and hopeful. They spend their working lives trying to pay off debt that is growing at such a staggering rate that four-fifths will never fully repay their student loans. (In fact, today the government announced changes to the student finance system that will significantly increase the cost of university for those starting their courses from 2023. Starting next year, loans will not be canceled until 40 years after a student’s graduation, as opposed to 30 years now, so most students will make repayments well into their 60s, no matter how interesting their degrees are.) 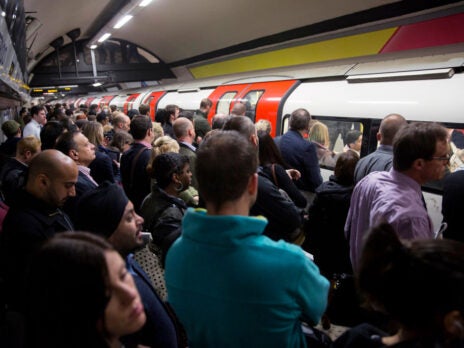 It’s a problem for students condemned to graduate with mountains of debt and degrees that make them unemployable; for graduates with more valuable credentials that subsidize them through student loan interest; and for everyone else, whether they went to college or not, funding the shortfall through taxes to the tune of around £7billion a year. Everyone loses except universities, which continue to reap the costs of the next generation of promising students with little or no control over whether their courses offer good value for money.

A higher education system designed to support universities at the expense of students and taxpayers is neither responsible nor sustainable. Fixing it, however, is a political minefield. The most obvious strategy of allowing universities to set their own fees, funded by private funds rather than government loans, is deeply unpopular, especially given the American landscape where parents need to start saving for the university fund. of their child from birth. The only alternatives are therefore to solve the problem on the supply side, by regulating the degrees for which universities can claim government-funded student loans in order to ensure that they are worthwhile, or on the demand, by limiting the number of students.

There are a few attempted efforts towards the former. Earlier this year, Higher Education Minister Michelle Donelan pointed out that “at 25 universities and other providers, less than half of students starting a degree can expect to graduate and find professional employment or continue their education in 15 months”, and announced a series of reforms to “eradicate these poor quality courses”. Fury in academic circles: how dare the government try to equate the value of a degree with the job prospects attached to it? There is of course a case for studying topics that enrich both the life of the individual and society as a whole in ways that go beyond direct finance. But if you’re pressuring teenagers to go into debt of tens of thousands of pounds to invest in their future, it’s deeply unethical not to try to make sure that investment is as solid as possible.

It’s also unethical to promote college degrees as a certain path to prosperity, especially when the numbers don’t add up. As my colleague Will Dunn recently reported for the new statesman“A person who studies the creative arts not only overpays their tuition, but can expect — according to the latest government audit — to earn less than if they had not gone to university. Overall, 15% of female graduates and a quarter of male graduates would have done better (financially) not to go to university. »

And so the government is also attacking the demand side, using the raw metric of GCSE grades to try to predict which students will benefit least from a degree and prevent them from getting one. Minimum eligibility requirements will indeed reduce the number of students – not by increasing alternative higher education opportunities or ensuring that young people have the information they need to make the best choices, but by limiting the prospects of the most disadvantaged. It is both discriminatory and cruel, moving up the ladder for poorer pupils, those from minorities and anyone who struggles with English or maths but excels in other subjects.

But those raging that the move is an attack on social mobility should give more thought to the current system, in which a pupil who misses their GCSEs can be directed to an expensive university course under the delusion that it will benefit them. We have enabled underprivileged young people to become cash cows for institutions that profit from their hopes and dreams and are rewarded for the number of students they teach, not for the quality of teaching. And if blocking low-achieving students from college isn’t the right solution, perhaps the outrage over it can help spark a much-needed conversation about how to fix a college model that has become broken, exploitative. and totally unsustainable.

Public universities: admission seekers are concerned about the program

Candidates for admission are worried about their preparation for the upcoming public university entrance exams, as most universities have not yet decided whether the exam schedule will be shortened or not. Students are concerned about this as they only took last year’s HSC exams on three elective subjects and curricula were also cut amid the […]

5 Reasons Why Students Fail To Graduate From Kenyan Universities

The University Grants Commission (UGC) has asked universities and colleges to provide training for the Internal Complaints Committee (ICC) and a special cell to address gender-based violence and conduct gender awareness programs. Universities were asked to complete the online gender audit compliance on the SAKSHAM portal and update affiliated colleges in much the same way. […]